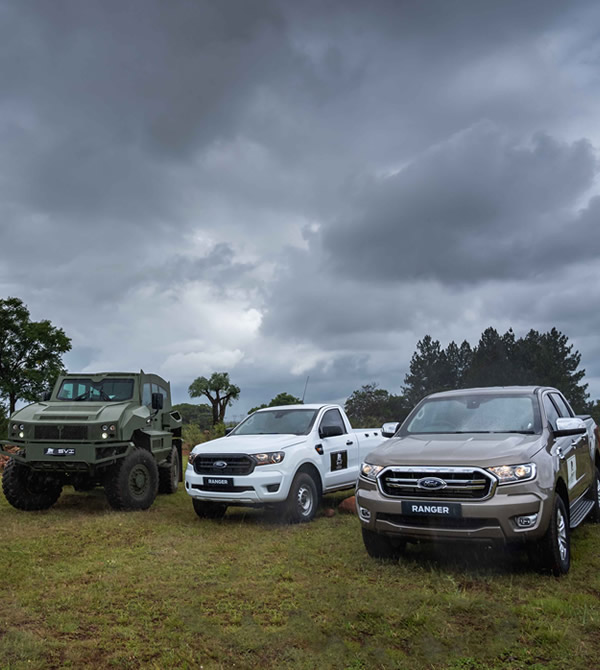 With so many brands within Motus group, it seems there is a new model or technological innovation to celebrate every day. It is also extremely motivating to see so much momentum in the industry at this time.

“In just the first two months of the new year we have already seen some thrilling new introductions among the brands within the Motus stable. From limited editions, to features developed around Covid-19 to bullet-proof vehicles and subtle changes to some local favourites, it looks like 2021, despite the challenges, is gearing up to be an exciting year in the automotive industry”, says Osman Arbee, CEO, Motus.

Below is a quick overview of new introductions and developments.

It has been 24 years since the first Subaru Forester defined what the world now refers to as the modern-day SUV. It was a defining moment in the brand’s illustrious history, opening up a chapter that saw the Forester become the best-selling model in the company’s line-up.

The 2021 line up will be extended with two new variants. The headlining act will be the new Subaru Forester 2.5i Sport ES model which brings a refreshing and sporty design to the model line-up. Designed for those seeking a car with practicality and sporty aesthetics, The Forester Sport exudes power and athleticism.

South Africa’s most loved people mover received an upgrade in response to the prevailing COVID-19 operating conditions. In support of the local taxi industry and to ensure the safety of drivers and commuters, Toyota South Africa has introduced an upgraded driver shield to the Ses’fikile commuter.

This shield provides additional protection for the driver against possible COVID-19 transmission and ensures added peace of mind for both drivers and passengers. All Hiace Ses’fikile models produced from October 2020 onwards are fitted as standard with the COVID-19 driver guard.

With the price of top of the range double-cab 4×4 bakkies increasing yearly as more and more gadgets and luxury is added these vehicles are starting to become out of reach for the regular man on the street.

There are many customers looking for a double cab 4×4 and are happy to give up some luxuries and nice to haves in favour of a more affordable price.The Ford Ranger XL along with the optional Sport Pack perfectly fills this void.

In the Ford Ranger line up the Ranger XL is the value-oriented offering that suits a wide variety of applications, from the hard-working single cab with its spacious load box, the practical SuperCab or the comfortable Double Cab that is equally suited to business or family use.

With more than 18 000 vehicle hijackings recorded annually in South Africa it makes sense to add another layer of safety in the form of ballistic protection.

Just five examples of the most powerful BMW M car to date will be available to South African customers. BMWs M division is expanding its line-up of ultra-sporty CS models with the addition of the BMW M5 CS. This is the first time that a limited run special edition version of the legendary BMW M5 is being offered and is capable of giving four people an extraordinary driving experience.

The new high-performance flagship from BMW M sets new standards with its combination of standout driving attributes and luxurious appearance.

The BMW S 1000 R is all about the combination of the classic roadster look and the riding dynamics akin to those of a superbike culminating to create the ultimate ‘naked’ motorcycle.

Based on the key aspects of the S 1000 RR supersports such as the engine and chassis, this dynamic roadster offers the same innovative technology. Sporty underpinnings, a powerful engine and low weight of 199kg as well as ABS Pro, Dynamic Traction Control, full scale LED lighting and much more as standard ensure that the S 1000 RR sets the benchmark in the dynamic roadster segment.

The “Spirit of Passion” by Kingston Custom is a uniquely beautiful take on BMW’s classically inspired R18 motorcycle.

Recently Roland Sands and Dirk Oehlerking put their signature touches on an example, for the SoulFuel series, a collaboration between BMW Motorrad and selected customers. Oehlerking’s Kingston Custom shop is well known for its extreme customising, however this time round much of the original R18 remains under the bodywork, they left the technology and frame as is.

Following the announcement that the Opel brand will henceforth be incorporated and distributed by Peugeot Citroen South Africa comes news that the new Opel Corsa is on its way to our shores.

In 2017 Honda introduced a cross-country machine to their off-road motorcycle line up, named the CRF450RX. It used the rock-solid engine and chassis of the CRF450R motocross machine and modified it for longer rides with an 18-inch rear wheel, revised PGM-FI mapping and suspension changes.

These modifications resulted in a motorcycle that combines pure MX DNA with the ability to tackle any enduro stage and the confidence-inspiring competence to handle flat-out trails, challenging climbs and tight, tricky sections with ease.

The Carbon Edition comes standard with a 2.0 litre Skyactiv-G engine, boasting 121kW and 213Nm that powers the front wheels via a six-speed automatic transmission. The Carbon Edition will be available as a front-wheel drive model only with specification similar to that of the Individual models as it replaces the 2.0 litre Individual Auto front-wheel drive model in the range.

Mazda South Africa has unveiled the second model in its 7th generation line-up, the Mazda CX-30. This new compact SUV forms part of the CX range and slots between the Mazda CX-3 and Mazda CX-5.

Combining the bold proportions of an SUV with the sleek profile of a coupe, its styling is a sophisticated evolution of Mazda’s Kodo design philosophy, while it’s spacious and versatile cabin ensures it has the practicality and comfort demanded by customers in this popular segment.

Volkswagen South Africa will be celebrating their 70th Birthday this year, as the first Volkswagen, a Beetle, rolled off the production line in Uitenhage, outside Port Elizabeth, in 1951. Besides their special birthday, Volkswagen will be launching several new models during the year.

The second quarter of 2021 will be a busy period for the German brand. Firstly, the Crafter range will be extended with the addition of automatic and 4Motion models.

The brand-new Golf 8 range will be presented with the new GTI, which is set to continue the trend as the top selling hot hatch in South Africa.

The T6.1 Kombi will go on sale following the launch of the T6.1 range late last year, and the very popular Tiguan will receive a substantial midlife upgrade.

The first ever BMW 2 Series Gran Coupe sees BMW bringing the four-door coupe concept that has enjoyed great success in higher vehicle classes into the premium compact segment for the first time.

The more dashing alternative to the classical sedan celebrates its arrival with a fresh dose of individuality, aesthetic appeal, and emotional engagement.

Toyota Corolla Cross to be built in SA.

Toyota South Africa has announced that it will be manufacturing and selling the brand-new Corolla Cross in South Africa from the fourth quarter of 2021. This follows the company’s announcement that they will be investing R2.43 billion in the production of a new passenger vehicle in South Africa.

The local production of the Corolla Cross brings with it several firsts for the Prospecton Plant, outside Durban. It is not often that the plant gets to produce a new body shape plus it is the first time that the plant will be manufacturing a Hybrid model, it is also the first car to be built using the Toyota New Global Architecture (TNGA), which will allow the plant to keep up with global technology and trends.

The Audi R8 is the dynamic spearhead and the fastest production model in the Audi Sport line up. Now, the revised version of the high-performance sports car in Coupé and Spyder form boasts an even sharper design.

At the heart of the Audi R8 is the high revving, unique sounding V10 naturally aspirated engine. The 5.2 litre FSI V8 engine located behind the driver boasts 449kW and 560Nm and is capable of sprinting to 100km/h in just 3.2 seconds in Coupé form and 3.3 seconds in Spyder form on its way to a top speed of 331 or 329km/h respectively, with power transferred to the road via a seven-speed S-tronic gearbox. The unique soundtrack is further amplified by a standard R8 sports exhausts system.

Audis has updated its RS models including the RS4 Avant, RS5 Sportback and Coupé available in SA soon. Audi has fine-tuned many details of the updated RS4 Avant and RS5 model ranges. The newly designed front section and the sporty interior with new MMI touch operating system underline the athletic aspirations of these performance models.

Jaguar Classic is celebrating the 70th anniversary of the legendary C-type sports racer by creating a strictly limited production run of new C-type Continuation cars, which will be built at Jaguar’s world-class Classic Works facility in Coventry.