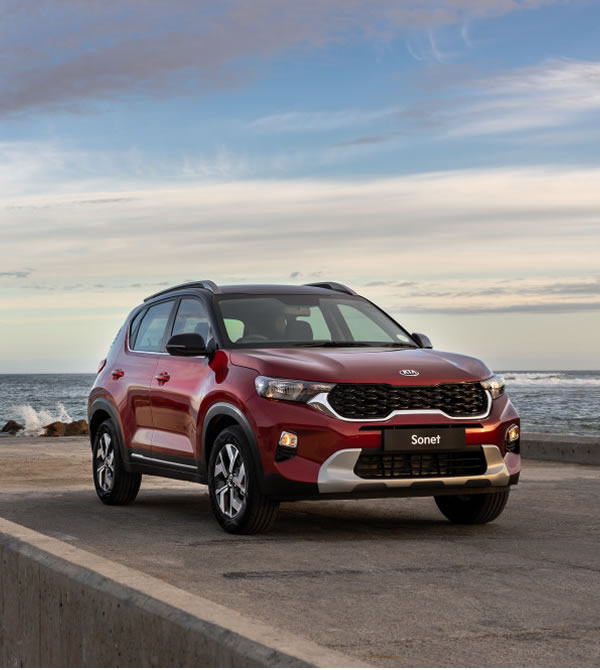 The past few months have delivered some thrilling new vehicle launches and announcements within the Motus group.

With so many automotive brands under the Motus umbrella, every month sees a host of new vehicle launches and exciting announcements.

“Motus distributes and retails some of the most exciting vehicle brands in the market and it’s inspiring to see the incredible new models and the level of advanced technology brought to SA shores each month”, says Osman Arbee, CEO, Motus.

Below is a quick overview of recent model introductions and new developments.

Hyundai introduces sleek new Santa Fe
The new Hyundai Santa Fe has been launched in the SA market and is the perfect car for bringing families together, and creating long lasting memories.

The new Santa Fe is a premium SUV that is top of its class and made to carry any modern family from Point A to B, with poise and presence. Boasting advanced safety features, an infotainment system with CarPlay for quality entertainment and a panoramic sunroof, the new Santa Fe delivers a unique driving experience on every family trip.

From the panoramic sunroofto the soothing heated and ventilated front seats, the Santa Fe has been engineered to help you and your family enjoy every drive. This premium SUV matches functionality to aesthetics with wireless charging, an electronic submission button and a unique island-style console.

The Kia Sonet is developed and engineered from the ground-up jointly between Kia Motors India and Kia’s global R&D headquarters in Namyang, South Korea. Following extensive market input, especially relating to its design, engine and transmission tuning and characteristics, and suspension attributes, the Sonet was designed to offer customers a car that ticks all the boxes while offering a selection of features that add value to the ownership experience.

Mitsubishi Motors is making an impression on the product-front
Mitsubishi Motors South Africa, who introduced their latest version of the Pajero Sport in September 2017 and followed it up with upgrades in 2019 and 2020, has launched the Pajero Legend 100 Club. This marks the release of the last 100 Special Edition versions of the iconic SUV in its current form.

These exclusive limited models stand out thanks to a unique Pajero Legend 100 badge and each owner receives a certificate of membership to the club.

Renault Triber receives updates for 2021
The Renault Triber has now been on sale in South Africa for more than a year and the 2021 model introduces several product enhancements for improved functionality and increased consumer appeal.

The product enhancements within the Renault 2021 model range include LED indicators on the side mirrors, a dual tone hooter, six-way adjustable driver’s seat and steering wheel mounted controls.

The modern and well-equipped interior offers equipment often only found in upper-segment vehicles, such as a reverse camera, Apple CarPlay and Android Auto functionality as well as keyless entry to name a few. The comfort and convenience of all occupants is ensured with remote central locking and the introduction of separate air conditioner vent controls for the second and third rows.

The first Audi RS Q3 established its own distinct position in the performance market with the new generation and additional model, Audi aims to continue this success story in the compact high-performance SUV segment of the market. With the offering of the all-new Audi RS Q3 Sportback, a progressive SUV coupe crossover, Audi envisions to set a trend and leverage the full potential of the latest performance vehicle range.

In addition, Audi’s top of the range RS Q8 combines the power of an RS model with the elegance of a premium coupe and the flexibility of an SUV. With its bi-turbo V8 petrol engine, the Audi RS Q8 is the prestigious spearhead of the Audi RS model family and went on sale in South Africa on 1 April 2021.

Ford has expanded the Everest range with the addition of a Sport derivative
Ford South Africa has bolstered their position in the expanding and highly competitive SUV market with the introduction of the new Everest Sport. Based on the popular Everest XLT, the new Sport derivative includes a host of feature enhancements, both to the exterior and the cabin.

The addition of the Sport to the range gives the Everest a more dynamic and athletic look and adds to its appeal as a versatile vehicle for those with an active lifestyle.

Available in 4×2 and 4×4 guise equipped with an electronic locking rear differential as standard, the Everest Sport offers excellent practicality and capability.

Customers have the choice of 4×4 and 4×2 models, both of which are available with Ford’s frugal 2.0-litre Single Turbo diesel engine, delivering 132kW and 420Nm. This is paired with Ford’s 10-speed automatic transmission.

Roush Mustang confirmed for South Africa
The arrival of the 2021 Roush Mustang commemorates the 25th anniversary of Roush Performance products. Since 1996 Roush has continued the heritage of proven performance upgrades that all hark back to the eponymous Jack Roush.

Pricing will be available when the first units arrive in South Africa in the second quarter of 2021.

Lexus IS landed in SA with an all-hybrid powertrain model range
The South African line-up for the re-imagined Lexus IS sports sedan has been unveiled, delivering a new level of luxury as standard in addition to a core focus on evocative design, imaginative technology and leading driving dynamics.

What’s new for South Africa is that Lexus has decided to launch IS as a hybrid-only model. They hybrid market has shown immense growth globally in the past five-years and the shift from diesel to alternative-propulsion vehicles is expected to keep growing at a rapid rate. Lexus will position hybrids as performance and technology-rich vehicles with three model grades in hybrid: IS 300h EX, IS 300h SE and IS 300 F Sport.

Nissan Patrol Nismo makes global debut
The latest race-inspired version of the legendary Nissan Patrol combines striking colours with the refinement of a luxury car and the exhilarating performance of a sports car.

This special Patrol marks the beginning of a year-long celebration to mark the 70th anniversary of the dawn of the Nissan Patrol in 1951.

The latest manifestation of the bold and sporty Nissan Patrol Nismo underlines Nissan’s heritage as a motorsport brand and the brand’s long standing love for high performance vehicles. It has been tailored to meet the needs and expectations of customers looking to stand out from the crowd, those who seek the premium luxury of the iconic Nissan Patrol and simultaneously crave the exhilaration that comes from increased power, performance and superb handling.

Boasting a new and more powerful 2.5-litre direct injection Boxer engine as well as improved levels of refinement and dynamic ability, the new Outback extends the product position of being all-terrain capable while offering superior levels of luxury, practicality and convenience.

The all-new Subaru Outback will be available from 1 May 2021 at Motus Subaru Westrand.

The GR 86 inherits the essential fun-to-drive characteristics of the original GT86, which was launched in 2012 and of which 200 000 units were sold globally.The new model is expected to be the lightest four-seater coupe in its class, thanks to weight-saving initiatives such as the use of aluminium for the roof and body panels.

Power is courtesy of a new, lightweight, horizontally opposed, four-cylinder engine. An increase in displacement to 2.4-litres brings a step-up in performance from the previous 2.0 litre unit. Power figures are expected to be around 173kW and 250Nm.

Toyota Corolla Quest now with added convenience features
For 2021 Toyota has bolstered the Corolla Quest product offering in order to offer enhanced convenience. The 1.8 litre engine remains unchanged but the entry grade model has been rebadged Plus, while the Prestige and Exclusive grades have been carried over.

The Toyota Urban Cruiser is now available from Motus Toyota dealers
Ushering in the next instalment of Toyota’s passenger car expansion strategy, is the new Urban Cruiser. The Urban Cruiser has been designed to play in the city during the week, while taking you on your next adventure over the weekend.

Volkswagen Taigo headed to SA
Volkswagen South Africa confirms that a fifth SUV will join their SUV line up in 2022.

Teaser images reveal that the Taigo will be positioned alongside the T-Cross but offering coupé like styling. The Taigo is a new addition to Volkswagen’s range of SUVs in the small vehicle segment that impresses with a dynamic and emotional design and is set to feature a multitude of assistance systems and state of the art connectivity.

Specification of soon to be launched VW Golf 8 GTI announced
Enthusiasts are eagerly awaiting the arrival of the eighth generation of the iconic hot hatch that is the Volkswagen GTI, which is due to arrive in South Africa in the second quarter of 2021.

The GTI’s formula for success is that its DNA has never changed, it still has a clean design, front-wheel drive, a powerful petrol engine and touches like the red stripe in the radiator grille.

At the front, the wide air intakes, low-positioned standard LED headlights and unmistakable signature light on the radiator grille are particularly distinctive. The latter is illuminated for the first time by a narrow LED strip, which flows on the left and right into the headlight modules. The LED headlights feature 22 individual LEDs per headlight matrix signal.

At the rear, the roof spoiler, diffuser and two round tailpipes located at the outer sides are striking distinguishing features.

Pricing for the new Golf 8 GTI will be announced closer to the launch date.

The XC40 Recharge Pure Electric is capable of travelling more than 400km on a single charge and it can be charged to 80% of its battery capacity in as little as 40 minutes using a fast charger.

The XC40 Recharge promises brisk performance, with its twin electric motors producing 304kW and 660Nm of torque to deliver a 0-100km/h time of just 4.9 seconds. While pleasing in the area of performance, the car scores highly in the field of practicality too. For instance, the lack of an internal combustion engine frees up space for an additional 30-litre storage compartment under the front bonnet.

Owners will be able to charge the vehicle at a dealership, at home or at one of the ever-growing network of public charging stations.

Volvo dealers started taking orders for the XC40 Recharge in April with deliveries expected to commence in August.